How to Determine Gender of Cannabis Plant 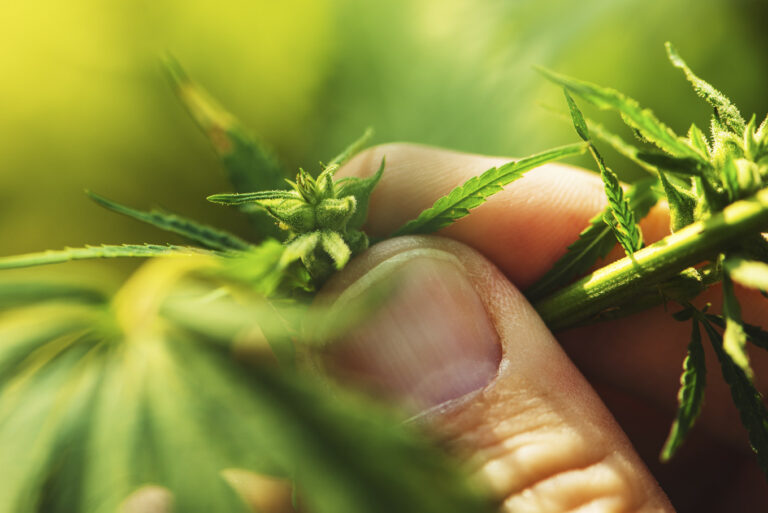 You probably already know that male cannabis plants produce seeds and females produce what we actually love – buds. So, if you’re growing cannabis on your own, it’s essential that you determine its gender as soon as possible. And doing so is quite simple if you know what you should pay attention to.

If looking at the stalk doesn’t convince you 100 %, then look at joints on the stalk. Both male and female plants will have little balls there, but you can still distinguish one from another. Namely, female plants will have translucent hairs on them.
When it comes to male plants those little balls are called pollen sacs and when it comes to female plants, they’re called pistols. But keep in mind that also plants with both genders exist. You can recognize them since they develop both pollen sacs and pistols. They’re called hermaphroditic and even though they have female parts as well, you should treat them as males.

You can also easily determine the gender of your plant by looking at its leaves. Male plants have fewer leaves compared to female plants that have more leaves and are usually bushier, especially on the top. Also, the leaf itself will usually be bigger and “fuller” when looking at a female plant.

4. Wait for The Right Time

The best (or the easiest) time to determine the gender of cannabis plant is from July to September or roughly 6 weeks after you planted them. Since in the first 6 weeks, they don’t have sex organs developed yet and it’s therefore quite hard (if not impossible) to determine its gender.

Once you identify the gender of your plants and discover you’ve got some males in your “plantation” it’s crucial that you remove them from the females. Otherwise, it will fertilize females and you’ll end up with a smaller harvest than it should be.
Do you have any other trick on how to determine the gender of cannabis plants? Leave your comment below.

You just got home from work, exhausted and stressed out. You want to relax, so you smoke a joint to take the stress away and you check High Thoughts social feed for funny content and additional relaxation. Later you want to do some yoga or exercise to keep your body and mind healthy, but you can't […]

The law on marijuana legalization came into force in Canada last year, making it the first major Western state to allow and regulate the use of marijuana for recreational purposes. The measure has already been welcomed by weed enthusiasts but has also been criticized by some health experts (or experts claim to be). The Premier […]