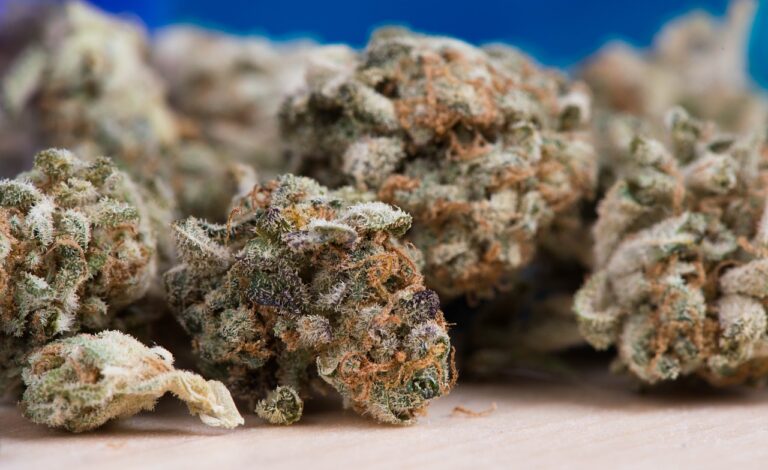 If you've read at least one recipe on how to make edibles, you must have heard of decarboxylation. And we got news for you - if you smoked a joint at least once in your lifetime (and I'm sure you have), you've already done it! But now you're probably wondering how? To understand this, you must first understand what is decarboxylation, so let us explain it.

Decarboxylation is a chemical reaction where compounds in cannabis such as THCA and CBDA activates and converts into THC and CBD. In other words, in this process, a carboxylic acid group (COOH) is removed making it ready to bind to cannabinoids receptors in the human body. Without this process, the cannabinoids in your buds won't activate. And that's the reason why you won't get high or feel any medical improvements by just eating raw cannabis.
Part of the decarboxylation already happens during curing, however, not fully. It also occurs naturally to some degree while baking with weed. But nevertheless, it's still advisable to decarboxylate cannabis before baking to get the most out of it.

How Should You Decarboxylate Cannabis?

For this to happen, heat is essential. And let me tell you right away, it's a complicated procedure. At least if you plan on doing it right and if you wish to fully decarboxylate cannabis to get the most out of it.

There's a common misbelief that you need to decarboxylate cannabis differently, depending on whether you're using fresh or already cured buds. However, this isn't true. The process is the same.

Most "how to do it" tutorials will tell you to use the crockpot/water bath method. It's a method where you boil water at a constant temperature for a couple of hours. But because the water will never be hot enough you won't be able to achieve full decarboxylation.
The second most common method is the oven method. With this method, you grind weed, place it on a parchment paper and put it in the oven. However, precise heating isn't possible in the oven. So, the variations in temperatures will result in either burning off cannabinoids or failing to fully activate them. The same applies to the toaster oven method that's also commonly suggested.
So, rather than using kitchen supplies it's advisable to use a device specially designed for this since it will completely decarboxylate your buds. Such a device, for example, is Nova. But if you don't want to buy it and don't have a chance to borrow it, we recommend you use the first (crockpot/water) method since it's the only that makes it easy to maintain a constant temperature and that provides the best control.
But regardless of what method you'll choose, it's always better than choosing none.

This medicinal plant has been known to the humanity throughout the history. First, it was known and mostly used for its firm fibers, often used to make ropes and similar tools. Only later, it became more popular and known for its "high" effect since people got to experiment more with it. Today, mainly because of […]

Read More
More People Are Suffering From Cannabis Use Disorder