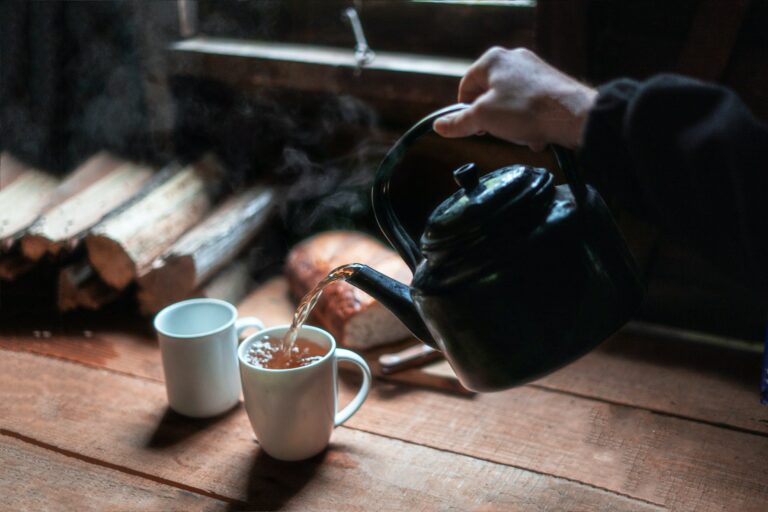 Hemp tea is one of the oldest and also the most effective medicinal preparations. There is a big amount of evidence that cannabis tea has been used for thousands of years in various parts of the world to treat and alleviate problems. Let's look at how tea was used by some of the oldest civilizations in different parts of the world and how the history of hemp tea went.

Use of hemp tea in China

Cannabis and traces of its use have been found in many archeological sites throughout China since the Neolithic. This means that it was used in one form or another between 10,000 and 2000 BC. n. no. The mythological Chinese Emperor Shen Nung, who is said to have taught Chinese agriculture and medicine nearly 5,000 years ago, is expected to discover the usefulness of cannabis in textiles, its psychoactive activity, and its beneficial health effects. Shen Nung hemp tea is said to be made from a combination of the leaves and flowers of the plant. Pen Ts'ao Ching Pharmacopoeia (the oldest known Chinese pharmacopeia) recommended him for more than 100 ailments, such as stupidity, rheumatic diseases, malaria, and memory problems.

Use of hemp tea in Egypt

There are some ancient documents from which it can be seen that cannabis in the area of ​​present-day Egypt was used thousands of years ago for healing. A document is known as the Ebers Papirus, which was written around 1500 BC. n. No. describes the use of cannabis in the form of suppositories for the treatment of hemorrhoids. Medical cannabis is mentioned in several other ancient Egyptian texts. Among other things, cannabis mentions the following: Papyrus Ramses III. (circa 1700 BC), Berlin Papyrus (circa 1300 BC), Chester Beatty Medical Papyrus (circa 1300 BC). All prove that cannabis, even in the form of teas and infusions, was used to treat a variety of problems. The texts mention the treatment of glaucoma, inflammation, inflamed uterus, and cannabis tea has also been used for enema. However, the history of hemp tea is not limited to China and Egypt …

Use of hemp tea in India

Like China and Egypt, India has a long-lasting relationship with cannabis and cannabis products. In fact, for Hindus, cannabis is even a holy plant, so hemp preparations are deeply appreciated, and hemp tea is no exception here. In India, they call this native weld bhang. It is a powerful ancient psychoactive Indian tea made from crushed hemp tips, leaves, water, milk, ghee and spices (nutmeg, cinnamon, cloves and a little honey or sugar). There are, however, several different recipes. Bhang was first used around 1000 BC. n. no. and is still the official drink of the Spring Festival of Colors in India. The Atharvaveda states that bhang helps with anxiety and is widely used in northern India against fever, fever, sunburn, indigestion, poor appetite and even many speech defects.

Use of hemp tea in the Caribbean

Rastafarians smoke cannabis in roll form. the joint they make in a circle while meditating or discussing moral dilemmas. However, the use of cannabis does not end here. Many families in Jamaica and other Caribbean islands make cannabis medicinal for medical purposes. Tea is usually made from young plants that are not yet fully ripe for harvest. Such a drink is milder than smoking cannabis. The history of cannabis tea also goes back to historical studies. A study by anthropologist dr. Melanie Creagan Dreher performed among Jamaican rural working-class families, revealing cultural differences between cannabis smoking and drinking minimally psychoactive tea. All the mothers in her study gave their children to drink cannabis tea, often 2- to 3 times a week, sometimes even daily, all with the aim of being healthy for their hard work on farms and at school. This traditional habit was maintained by mothers despite opposition from teachers and school officials.

Every cannabis smoker worries about how does smoking affects his lungs. Luckily, we have some good news - specialists at Atlanta's Emory University broke down information from the National Health and Nutrition Examination Survey. Their examination found that cannabis clients who smoked one joint a day for up to 20 years did not hint at lung […]

You ever wondered what those orange hairs on cannabis are? Are they indicators that your buds are highly potent, or do they have any other important role? Let us find out. Cannabis Vaginas Well, first things first. Those orange, red or brown hairs on the cannabis plant are called pistils or stigmas. But they’re also […]