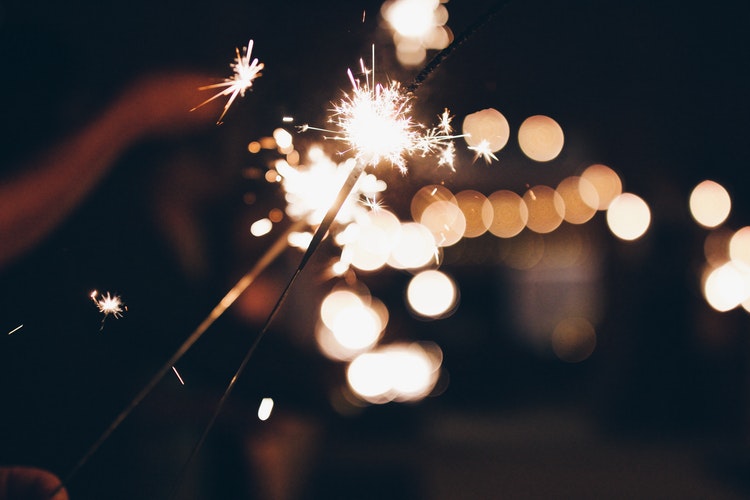 Once again, we're saying goodbye to the old year and welcoming a new one. And like any other year, individuals all around the globe, make a list of things they're determined to do or stop doing in the new year (if we stick to the list it or not it's another story). So, it's time we make that list as well.

This is something we're already doing, but in the new year, we're going to kick it up a notch. We'll put in extra effort to educate people about the cannabis, ways it can be consumed, and most importantly, its benefits.

After every smoking session (or in between), munchies kick in. And what most of the people do at that point, is start filling themselves with junk food, sweets, and candies. Well, at High Thoughts Headquarters, we're determined that in the new year we'll eat healthier munchies.

We did a lot of cooking with cannabis in the year 2018. We made hemp cookies, brownies and of course, cannabutter. But because you can never cook too much with cannabis, this resolution remains on our New Year's resolution list. We're going to try new things and improve already known recipes.

In the year 2019, we're going to travel to stoners destinations, such as Amsterdam, Morroco, etc. and meet stoners all around the world. We're also going to attend as many 420 events as possible. And on 4/20 in April, we're going to celebrate like never before.

In the year 2018 numerous countries (and states) legalized marijuana in either medical or recreational use. Therefore, at High Thoughts Headquarters, we've decided to keep an eye on the legalization process in the year 2019.

Strains for Headaches and Migraines
High Thoughts Seeds
No Comments

No matter if you've just started smoking or you're already a pro at it, it's crucial that you're prepared and have stoner accessories at every time. Nobody wants to be unready for a bursting trip, regardless of whether you're at home, at a companion’s house or in a hurry. Here's the rundown of Stoner Accessories: […]

Are you wondering why and how to clean a bong? Bongs get dirtier with every utilization but using a dirty bong is not advisable. Especially, if the dirt has been pilling up for a long time. When bongs become really nasty, you may even notice that the flavor of cannabis is being shadowed by a […]